(UNIONDALE, N.Y. — April 14, 2022) A PSEG Long Island employee from Lindenhurst is proud to be helping local college students prepare for careers and life after graduation.

“Mentoring has provided me the opportunity to help shape someone’s mindset while also providing encouragement, advice and lessons that can only be learned outside the classroom,” Cucci said. “It also lets me take part in something larger than my day-to-day role within the Corporate Communications department at PSEG Long Island. It has helped me become a better leader and advocate.”

Cucci, a 15-year resident of Lindenhurst, has worked for PSEG Long Island and other companies managing Long Island's electric grid since 2001. Through DPLN, he was partnered with Ramisa Fatima, a junior from Elmont who is studying computer engineering. Their conversations have helped Fatima decide to pursue her graduate degree before launching a career. Cucci is helping her polish her resume, LinkedIn profile and interview skills to land a summer internship.

“This program has given me the opportunity to connect with a professional who is sharing their personal experience, knowledge and guidance,” Fatima said. “Marco has helped guide me, step-by-step, on my career development journey, helping me to set goals to achieve.”

For Cucci, working with Fatima was his first chance to be a formal mentor — and an opportunity to draw inspiration from the tight-knit Lindenhurst community he calls home.

“From building back after Superstorm Sandy to the recent redevelopment of our downtown, we’ve come together numerous times,” he said. “But seeing my children progress through the school district and the emphasis they put on social, emotional and mental health, I think that really informed how I approach mentorship.”

Cucci is one of 10 PSEG Long Island employees currently participating in the Stony Brook Diversity Professional Leadership Network program. This is the sixth year PSEG Long Island has partnered with the program.

To learn more about how PSEG Long Island supports the communities it serves, visit www.psegliny.com/community 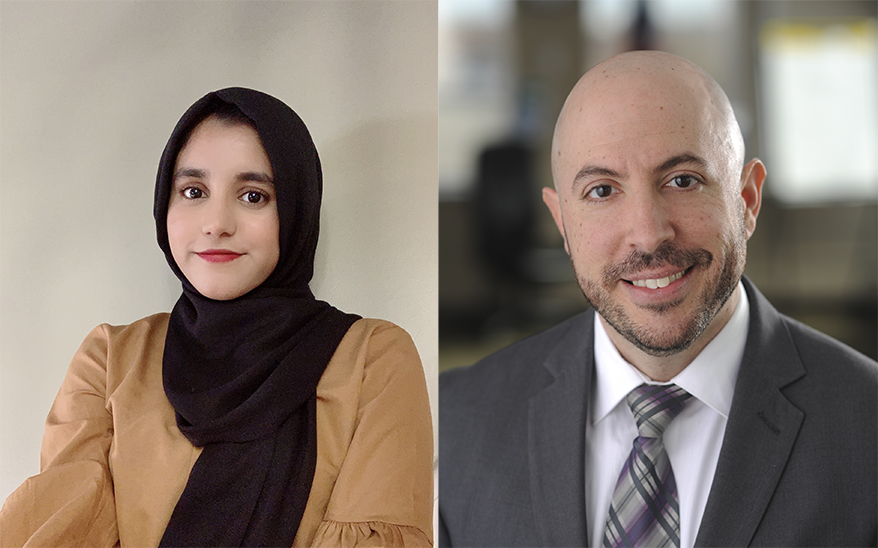