Facility receives more than $12,000 in rebates from PSEG Long Island for lighting upgrades

(UNIONDALE, N.Y. – Feb. 28, 2020) – PSEG Long Island’s Commercial Efficiency Program has saved St. Edward the Confessor Church and School in Syosset more than $12,500 on new energy-efficient lighting. Upgrades to the facility included replacing fluorescent fixtures and incandescent light bulbs with more energy-efficient LEDs, inside and outside the facility. All the labor required to carry out these efficiency upgrades was generously provided by members of the Joseph J. Gorman Council #5091 of the Knights of Columbus in Syosset.

“With these upgrades, St. Edward the Confessor is saving money with an eye toward the future by reducing its kilowatt-hour usage,” said Michael Voltz, director of Energy Efficiency and Renewables, PSEG Long Island. “We congratulate and thank the board for reducing its carbon footprint and saving energy — doing its part to provide a safer, cleaner and greener environment for its community.”

By making these improvements, it is estimated St. Edward will reap significant savings of more than 31,000 kilowatt hours (kWh) per year and $5,600 annually on its electric bill.

Independent annual evaluations by Opinion Dynamics Corporation have found PSEG Long Island’s Energy Efficiency and Renewable Energy Programs generate energy savings that are cost-effective. For 2018, Opinion Dynamics found that the PSEG Long Island Energy Efficiency Programs generated $2.00 in benefits to the utility and its customers for every $1.00 in costs to operate the program, including rebates. 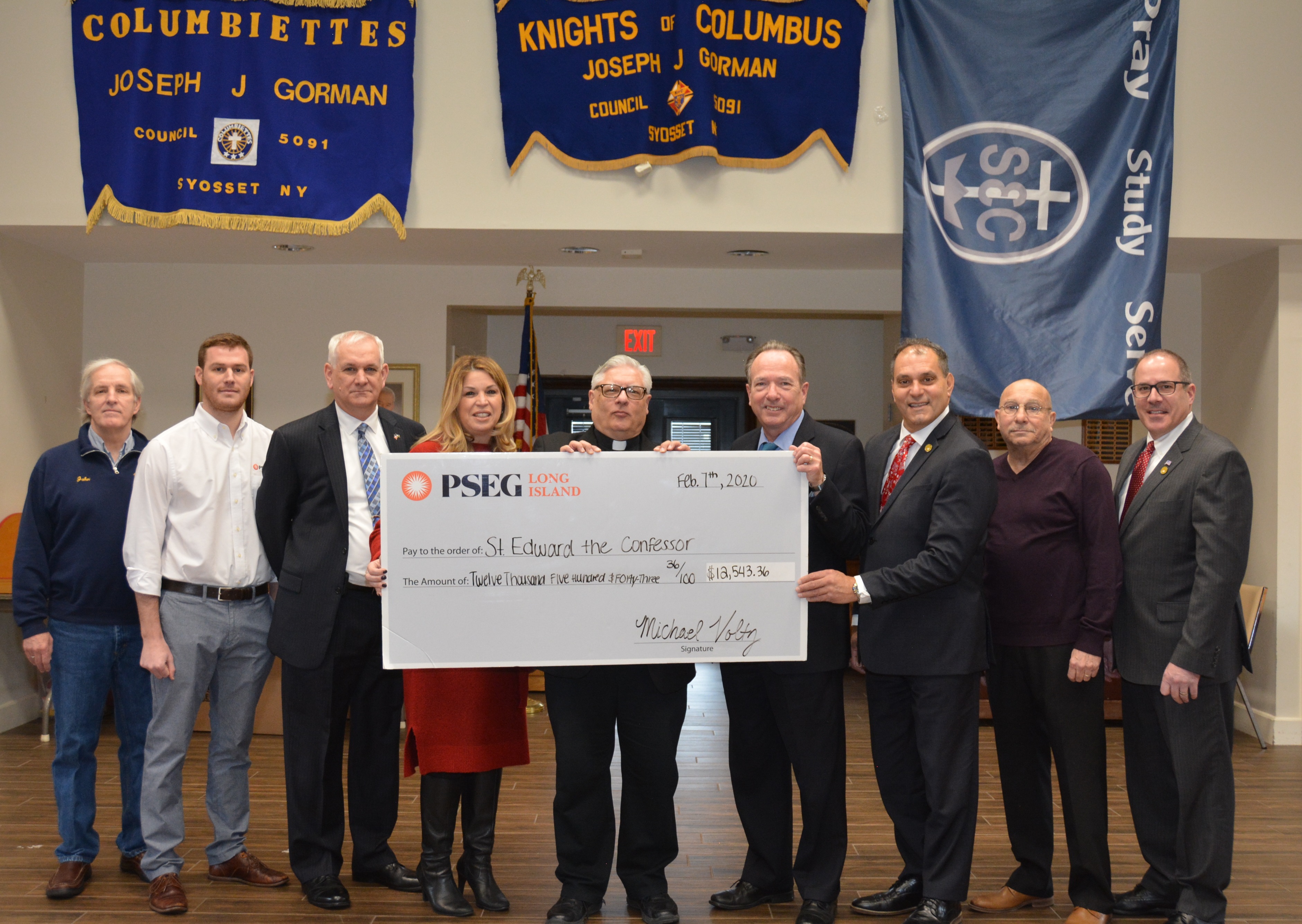