(UNIONDALE, N.Y. – Jan. 10, 2020) – In balancing its commitment to the consistent, safe delivery of power with its commitment to being a good environmental steward, PSEG Long Island has awarded Hailey Van Cott, a Suffolk County Girl Scout from Stony Brook, with a $200 donation towards her Girl Scout Gold Award project of improving the raptor facilities at Sweetbriar Nature Center.

PSEG Long Island works closely with the local community and municipalities to carefully relocate osprey and other raptor nests from electrical facilities to safe nesting locations.

“We want to help ensure these wonderful birds continue to return to the area year after year while, at the same time, protecting the reliability of the energy grid,” said John O’Connell, PSEG Long Island’s vice president of transmission and distribution. “Hailey’s project aligns with our commitment to protecting the local raptor population.”

“I am humbled and very thankful to be recognized by PSEG Long Island for my Girl Scout Gold Award project at Sweetbriar Nature Center,” said Van Cott. “The generous donation will enable me to improve upon the final aspects of rehabilitating the prey enclosure within the Flight Aviary. I have enjoyed working on this project to help ensure that the raptors can be rehabilitated and released into the wild.”

The Girl Scout Gold Award is presented to seniors and ambassadors who tackle issues that are important to them and drive lasting change in the community. The Gold Award is for the elite few that strive to take “make the world a better place” to the next level. A Gold Award Girl Scout’s achievements prime her for the fast track when it comes to college admissions, and make her an outstanding candidate for academic scholarships and other financial awards. 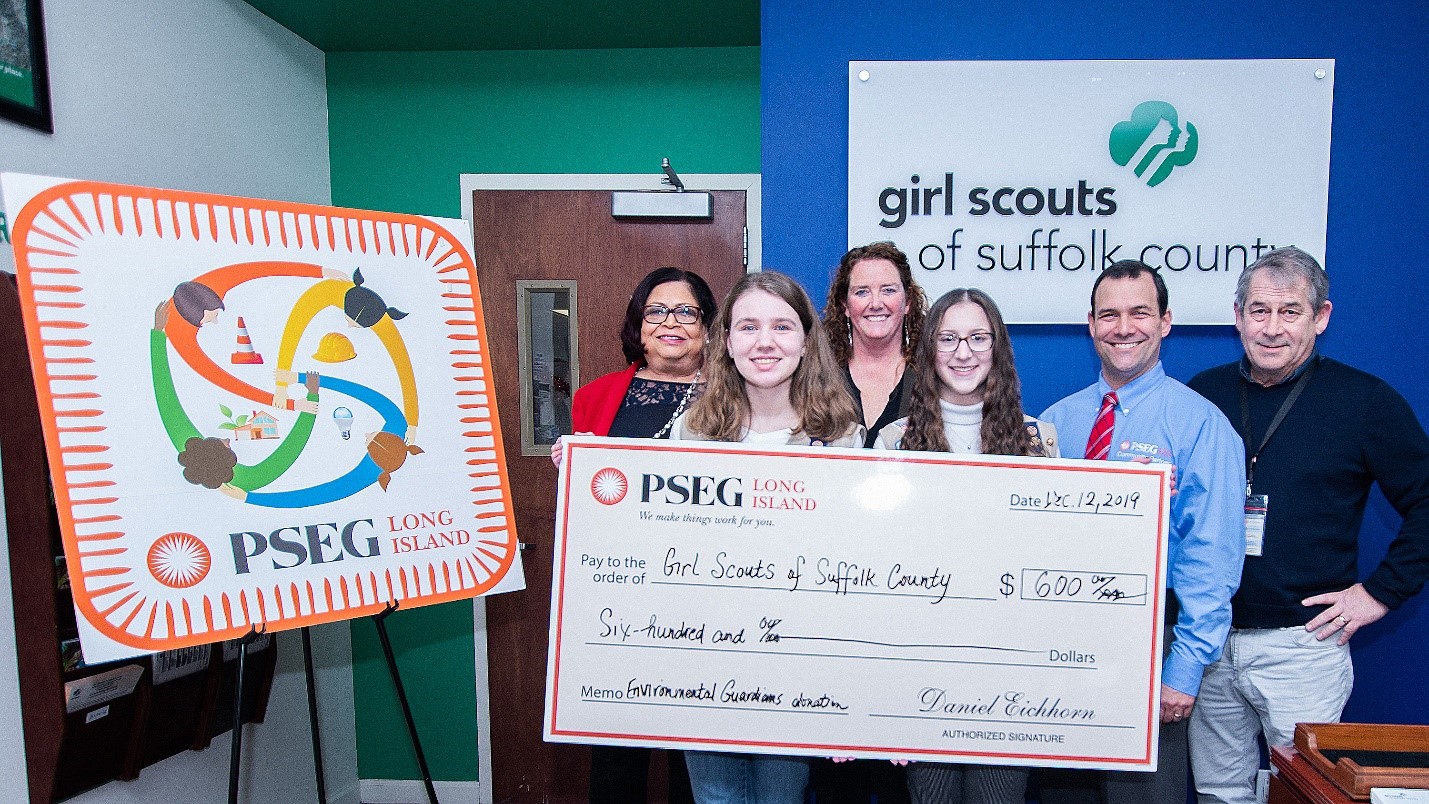