The volunteers met at United Way headquarters in Deer Park, where they packed up their bus with boxes of pencils, crayons, notebooks, rulers, backpacks and other supplies that were collected throughout the summer. The group then jumped on the bus and rode to Loretta Park and Laurel Park Elementary Schools in Brentwood to hand out the boxes to students.

Stuff-A-Bus is a community service activity that PSEG Long Island employees have supported since its inception.

“Giving back to our communities is a core commitment at PSEG Long Island and our employees continuously step up to do their part,” said Daniel Eichhorn, PSEG Long Island’s president and COO “We’re very proud that our employees rally around the United Way’s efforts to ensure local school kids start their school year with the tools they need to succeed.”

“Stuff-A-Bus is an incredibly important program that touches the lives of 8,000 children each year, and directly impacts their success in the classroom. This program wouldn’t be possible without the hundreds of volunteer hours input by the employees of supporting companies and unions, including PSEG Long Island,” said Theresa A. Regnante, President and CEO of United Way of Long Island. 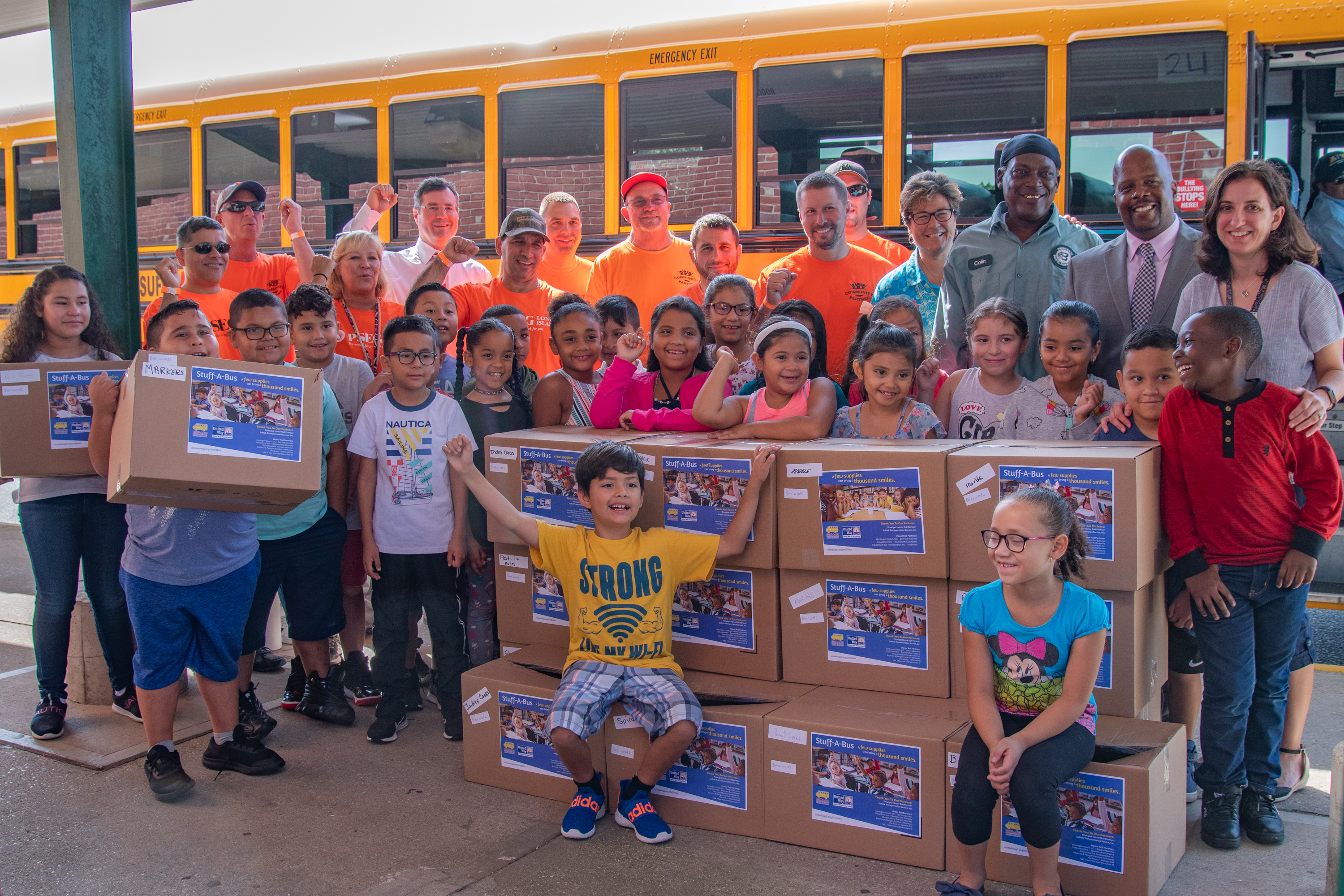